Chris Clarke recorded his second double-double of the season with 14 points and 11 rebounds, while Terrence Shannon, Jr. added 18 points and five rebounds to help lead the No. 24-ranked Red Raiders to a 71-65 non-conference win over Southern Miss on Monday at the United Supermarkets Arena.

The Red Raiders (7-3) extended their non-conference home winning streak to 52 games and are now 5-0 at home this season after overcoming a seven-point halftime deficit against the Golden Eagles (3-9). Clarke would add six assists to his double-double and Davide Moretti knocked down three second-half 3-pointers in a game where he struggled shooting but finished with 17 points by going 6-for-6 at the free-throw line.

Tech, which finished the game 24 of 27 at the free-throw line, trailed throughout the first half and were down 51-50 with 9:42 to play before Kyler Edwards made a layup that gave them the lead that it would hold the rest of the game. Up 54-51 after a pair of TJ Holyfield free throws, the Red Raiders expanded their lead to 61-54 with Shannon making a jumper with 4:45 remaining. The lead would go down to two with 2:45 on the clock but was followed by Holyfield knocking down a jumper and Moretti making it 67-60 with a 3-pointer with 55 seconds to play.

LaDavius Draine led the Golden Eagles with 21 points after going 8-for-14 from the field, while Gabe Watson finished with 20 and Leonard Harper-Baker had nine points and nine rebounds. USM led by as many as eight points in the first half but were unable to pull off the upset after being limited to 2-for-8 shooting from beyond the arc in the second half.

Texas Tech trailed 32-25 at halftime after shooting just 7-for-30 from the field (23.3 percent) and 2 of 15 on 3-pointers, while USM was at 13-for-26 with three 3-pointers. The Red Raiders, who were down 9-2 before a 10-0 run to take a three-point lead, trailed at halftime for the fourth time this season and were down only seven after going 9-for-10 at the free-throw line. Shannon led the Red Raiders at halftime with eight points and also had four rebounds, while Clarke had six rebounds and four points. Moretti had four points after struggling from the field at 1-for-12 and 0 of 7 on 3-pointers, while Edwards had three points after going 1-for-5 on 3-pointers. Watson led the Golden Eagles with 13 points and Draine added nine for the team as they took a seven-point lead into the break. USM went on an 11-0 run in the first half to take a 20-12 lead and led by seven at halftime on a Watson 3-pointer at the buzzer.

The Red Raiders will return to action at 1 p.m. on Saturday against UTRGV at the USA. Tech is 6-0 all-time against the Vaqueros after earning a 71-46 win last season and is 47-22 against current Western Athletic Conference opponents. 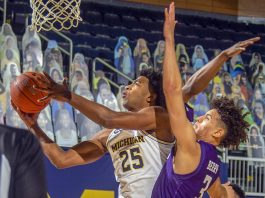 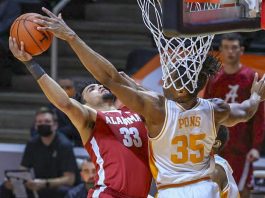 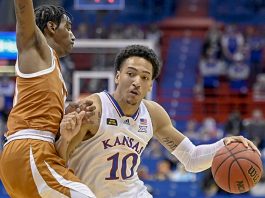